The almost eight-metre-long tapestry titled ‘The cat, the herring, and more tall tales from the Neva’ by Dutch artist Koen Taselaar is unveiled in the Hermitage museum’s restoration and storage centre in Saint Petersburg. The work was produced in our TextielLab. Colourful and humorous, it tells the story of Tsar Peter the Great and celebrates more than three centuries of cultural relations between the Netherlands and Russia.

For this international commission by the Hermitage Foundation, the TextielMuseum acted as an intermediary and asked Taselaar (Rotterdam, 1986) to create a new work. His contemporary jacquard-woven tapestry recounts several important moments in Saint Petersburg’s history, from the city’s founding up to modern times. The Dutch artist’s visual story is a contemporary addition to the Hermitage’s world-famous collection, for which Peter the Great once bought the first Rembrandt. 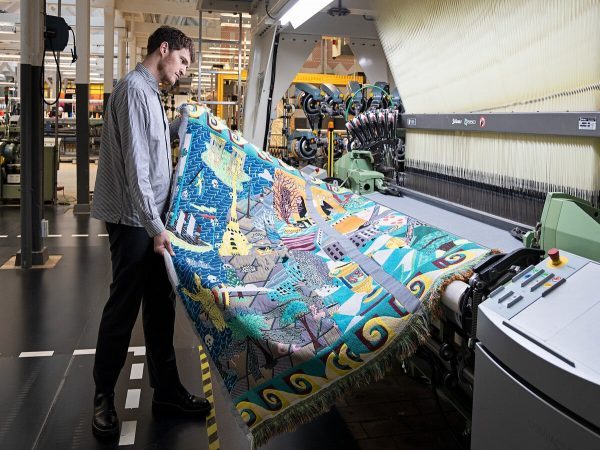 The relationship between Saint Petersburg and the Netherlands in terms of trade and cultural exchange goes back centuries. When looking to modernise his empire, Peter the Great visited the Netherlands several times, drawing inspiration from various fields including science, shipbuilding and urban planning. With the knowledge he gained in Europe, he moved the capital from Moscow to the mouth of the River Neva. In 1703, he began to build on the swampy site, aided by Dutch technology. The city’s rapid development was the starting point of a lively trade in textiles from the Netherlands to Saint Petersburg. 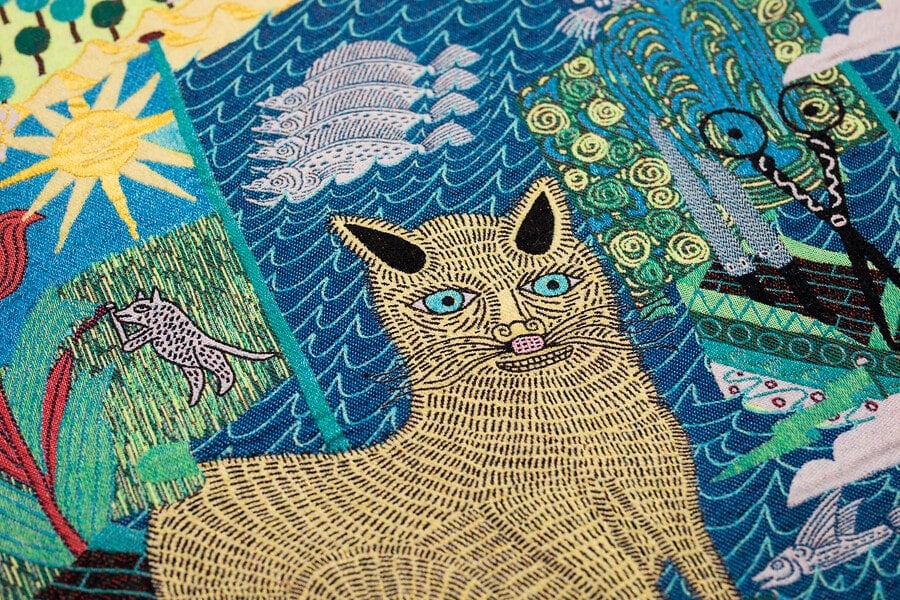 The tapestry depicts Peter the Great as an enormous cat, taken from a folk print (lubok) that shows the tsar as a mean cat, feared by the mice people. Also depicted are the Rusluie, craftspeople and weavers from Twente who maintained trade relations with Saint Petersburg around the first half of the 18th century and eventually settled there. On the third ship, they are represented by the cigars and bales of linen they traded. The work elaborates on narrative mediaeval tapestries, such as the famous ‘Tapisserie de Bayeux’, but uses the contemporary visual language of comics and games. The hi-tech looms in the TextielLab made it possible to incorporate non-repeating motifs and build up colours from various coloured yarns. 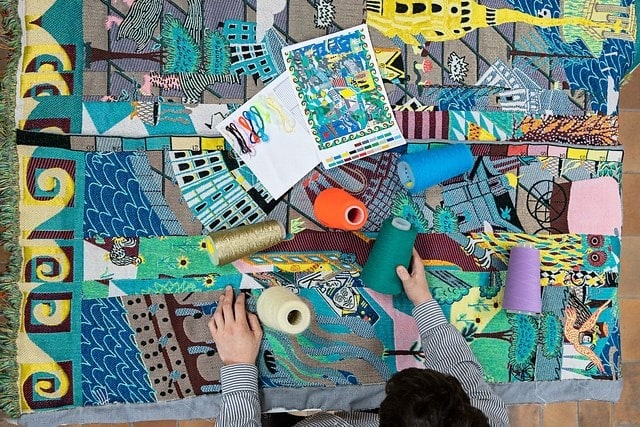 TextielMuseum as international workshop and intermediary

Since the TextielMuseum commissioned Taselaar to make a piece for its collection in 2018, he has regularly worked on the computer-controlled looms in the TextielLab. In this professional workshop, national and international designers and artists develop highly innovative textile projects every day. The TextielMuseum has maintained close relationships with various cities in Russia, and Saint Petersburg in particular, for many years. At the request of the Dutch consulate in Saint Petersburg, the TextielMuseum acted as an intermediary to bring about this cultural exchange between the two countries. To make the drawings for the tapestry, Taselaar collaborated with students from the Stiglitz Academy in Saint Petersburg.

The tapestry is presented in Saint Petersburg during the celebrations marking the 30th anniversary of the Hermitage’s restoration and storage centre, with speeches by Dr. Piotrovsky, the Hermitage’s director, Lionel Veer, consul general, Errol van de Werdt, director of the TextielMuseum, Koen Taselaar and Svetlana Adaksina, deputy head of collections.